Register as a volunteer

Create your volunteer account.
We will get in touch with you soon!

OSDG aims to bring together the knowledge and expertise of people from around the world to better understand the nature of Sustainable Development Goals (SDGs). OSDG is a partnership between PPMI, UNDP SDG AI Lab, and a growing community of researchers led by Dr. Nuria Bautista Puig. We have initiated work in three major research areas: ontology building, data collection and machine learning. You can become part of this SDG movement by joining our community platform. 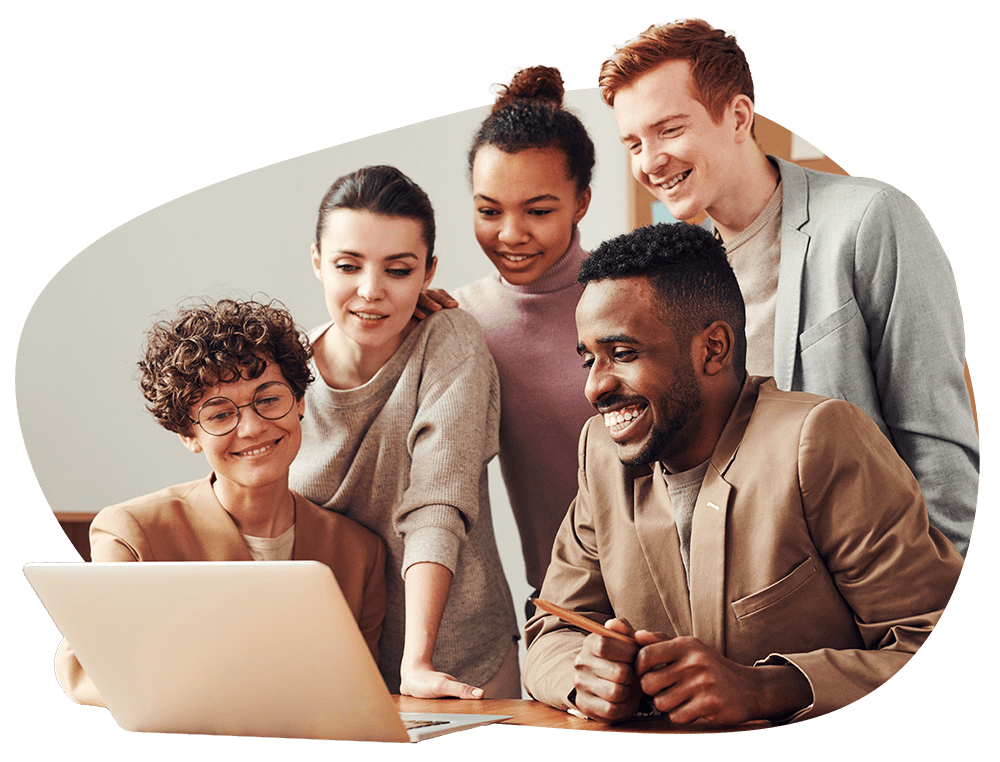 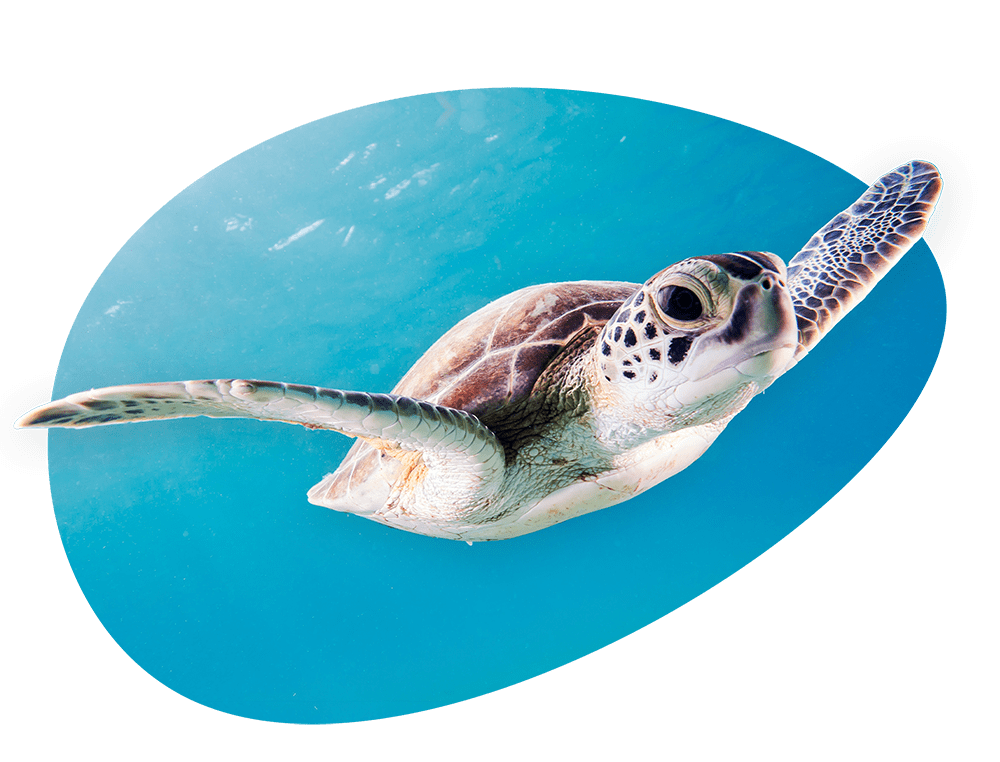 Help us to grow and address new needs and challenges

There is great demand from within the UN system, as well as among policymakers and various public and private organisations, to benchmark their progress in achieving SDGs. Our goal is to provide an automated and scaled solution that meets the needs of multiple stakeholders. We also want to expand the reach of the OSDG tool and services beyond the English-speaking world.

Learn more about the task

We believe that together, we can create more efficient and higher-performance tools. OSDG is an open community, and its solutions are open source. This means that the data (anonymised) collected by the OSDG community will be fully and openly shared with the research community. Through the community platform, you can help us to develop a higher-quality solution and support the development of open-source machine learning products. 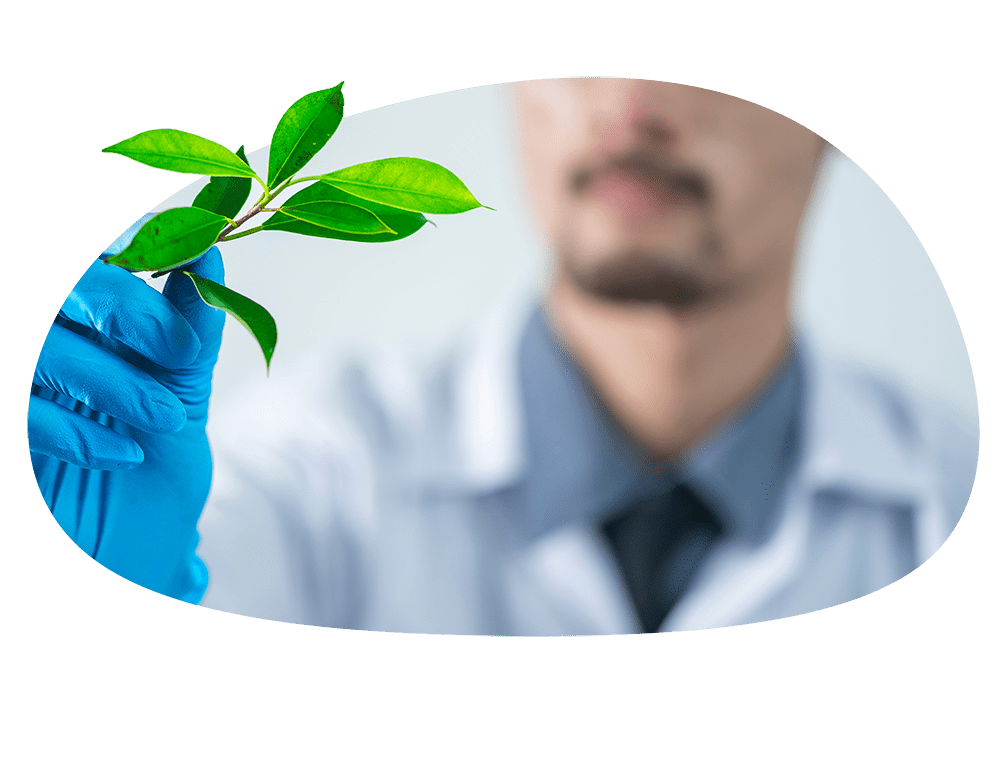 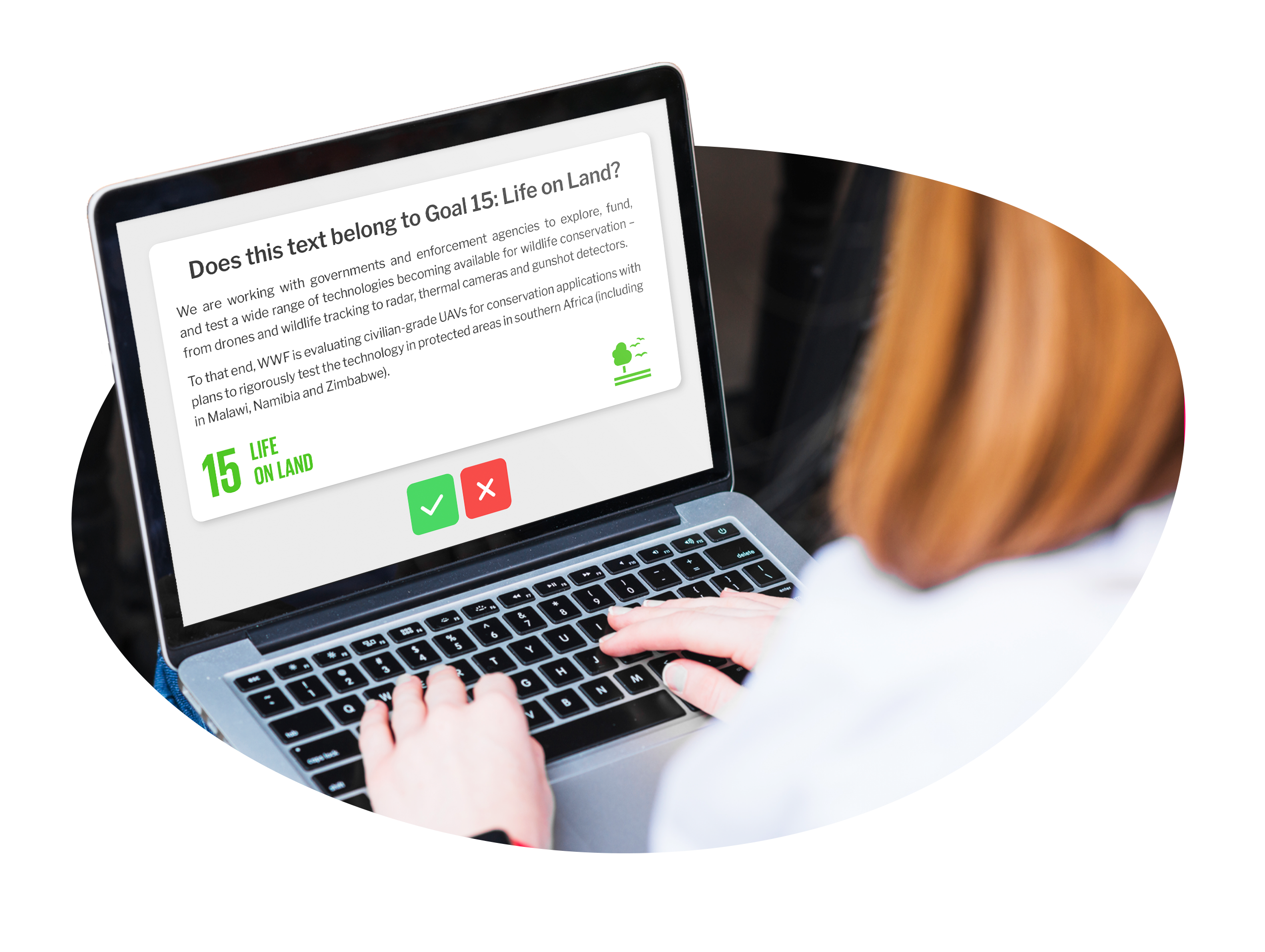 What is the purpose?

There are many research areas whose relevance to SDGs is still poorly understood. The risk is that some disciplines may be incorrectly assigned to SDGs, or left out altogether. Your feedback will help define the relevance of research fields to SDGs.

How can you help?

We will launch a large-scale exercise and invite OSDG volunteers to tag text excerpts and assess their relevance of to SDGs. We need feedback from various disciplines, and volunteers from diverse education and cultural backgrounds. All you need to participate is a computer with internet access.

What will you need?

To ensure that this volunteering opportunity is suitable for your skillset and experience, we recommend that you possess at least a bachelor’s degree in any field. Advanced English skills and interest in and/or knowledge of Sustainable Development Goals is preferred.

What do I need to participate?

From a technical standpoint, all you need is a computer and a working internet connection.

The ideal participant will have at least a bachelor’s degree in any field, advanced English skills and an interest in and/or knowledge of the Sustainable Development. However, if you do not satisfy all of the above, you are welcome to learn more about the SDGs before joining our preparatory online class. We will get you up to speed!

How much time will I be expected to commit to?

It depends on your availability and willingness to be involved. The usual amount of time on the platform is approximately 20-30 minutes. On average, this is the time needed to complete a single labelling exercise, but it can vary depending on your reading speed and comprehension of specific SDGs.

It is a good idea to spend some time learning more about the platform prior to the exercises. And if you have any questions, do not hesitate to send us an email.

Who will use this data?

The information provided by you in the exercise will be used for research purposes to inform the OSDG project and improve the tool. We guarantee that your responses will be completely anonymous and never analysed or displayed individually. We aim to follow up on various OSDG use cases and on how data collected from the Community platform exercises is used. Please stay tuned for a dedicated section on case studies and presentations from SDG experts.

Is my data secure?

All of the data behind the OSDG Community platform is stored in a secure database. The data may be further processed for scientific purposes in compliance with the European legislation Regulation (EU) 2016/679 of the European Parliament and of the Council of 27 April 2016 on the protection of natural persons with regard to the processing of personal data and on the free movement of such data. Before taking any action to provide open access to the data, we will anonymise each response and remove any parts that may contribute to identifying you.

Can I change my mind?

Of course. Since this is a purely voluntary exercise, you are free to come and go as you please. It is entirely up to you whether to take part or not and you can withdraw from the research at any stage. If you would like to do so, please contact us, and we can erase data gathered from your exercise. If you would like to terminate your account permanently or erase your results, simply email us.

Who is leading the study?

OSDG is a partnership between PPMI, UNDP SDG AI Lab, and a growing community of researchers led by Dr. Nuria Bautista Puig.

What is the end goal of the study? How will the results be used?

The goal of the project is to determine how science, technology, and innovation can help to achieve the SDG goals. As one of the main problems with the SDGs is how they are interpreted, this initiative aims to disentangle the different understandings of the contributions towards the global goals. The exercises will help not only to capture the different perceptions, but will also help to improve the OSDG tool classification of text and publications into the different SDGs. All data collected during the consultation will be anonymised and shared back with the research community who will be able to use the data in their own research.

What is citizen science?

The Oxford British and World English Dictionary defines citizen science as “the collection and analysis of data relating to the natural world by members of the general public, typically as part of a collaborative project with professional scientists” (source). By taking part in citizen science (or community science) initiatives you directly take part in scientific research and contribute to the increase of scientific knowledge.

The term citizen science (hereafter CS) is related to the general engagement of the public in the production of scientific knowledge; citizens participate in different ways (e.g. intellectual, knowledge, tools or resources). The main aim is to co-create a new scientific culture and exchange of understanding (Silverstown, 2009) which will help to improve the interaction between science and society. The tasks in which citizens can be involved are diverse and can range from data collection and tagging images to participation in planning and design. In this citizen science initiative, even though citizens are initially only involved in tagging exercises, volunteers are expected to be fully involved in the process.

Does the OSDG Community platform classify as a citizen science project?

The OSDG Community platform is a citizen science initiative, as we aim to directly involve different stakeholders in our research process. The first exercise is based on assessing the relevance of different research fields to SDGs. In the future, we plan to conduct other participatory activities, such as workshops or co-creation events, so participants will acquire a more active role through the journey.

Why is citizen science important?

Citizen science initiatives are crucial for collecting consistent information from different actors across large geographic areas. People all over the world can help to improve the OSDG tool in a significantly shorter amount of time and with a wide variety of backgrounds. This will help in detecting perceptions of the contributions to the SDGs.